Check out the latest!

On Dec. 14th, the Derry Police Department welcomed new recruits and celebrated recent promotions and retirements at the Derry Police Recognition Ceremony. The Derry Municipal Center was packed with friends, family, and officers ready to support their loved ones.

Chief Feole was not the only one being sworn in on this occasion. A member of each rank in the agency was sworn in from patrolmen to chief. Including the position of Animal Control Officer which was filled after several months of being vacant. One Officer, Lieutenant Michael Muncey, was also recognized for his upcoming retirement in January.

The mission of the Derry Police Department is “to enforce the laws of society, maintain order in the community, protect life and property,and to assist the public at large in a manner consistent with the rights and dignity of all persons as provided for by the law and under the Constitutions of the United States of America and the State of New Hampshire.” The officers sworn in are all dedicated to this cause. DerryCAM on the behalf of the community, congratulates all of those recognized today.

Check out the video for the full ceremony. 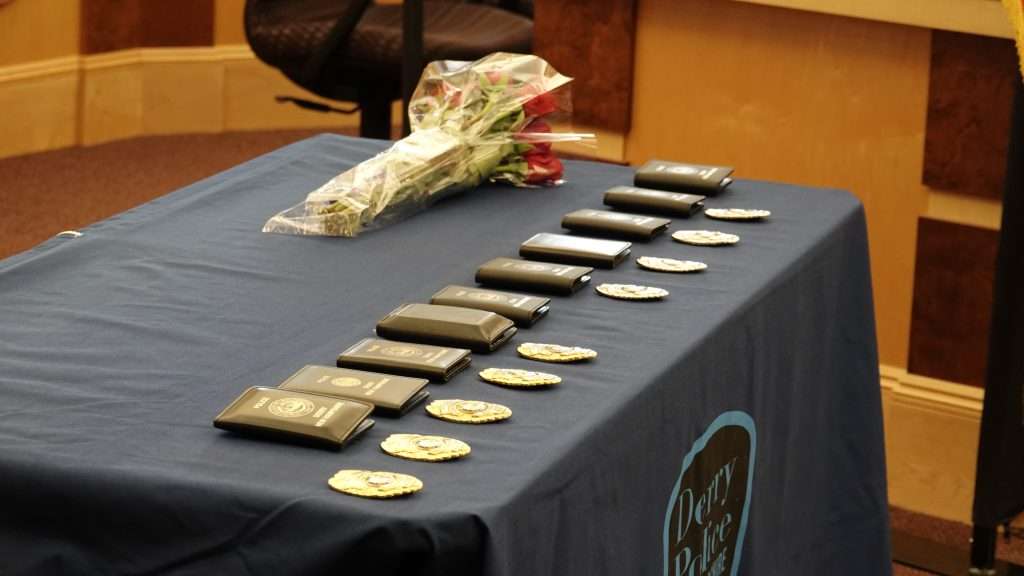 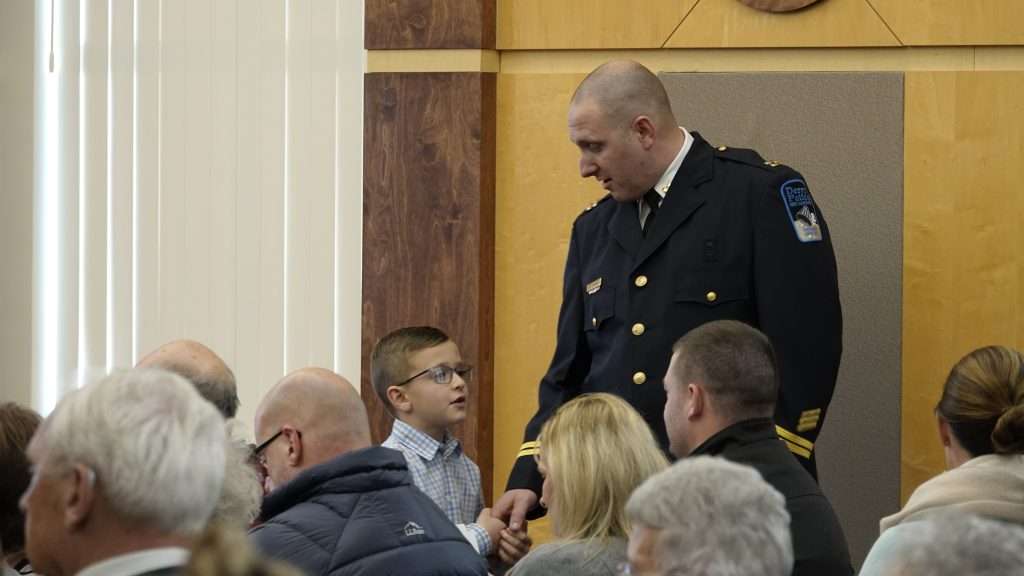 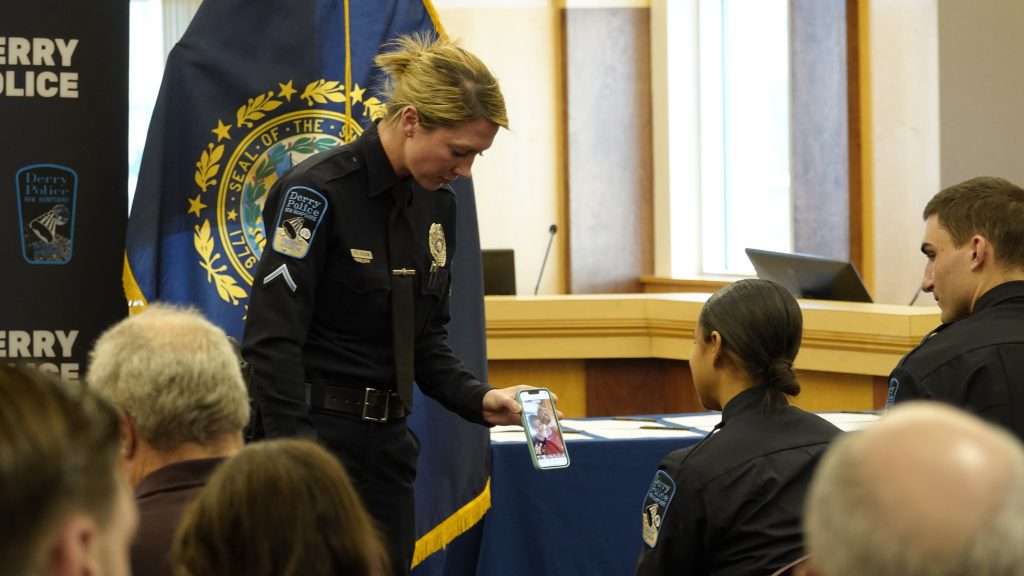 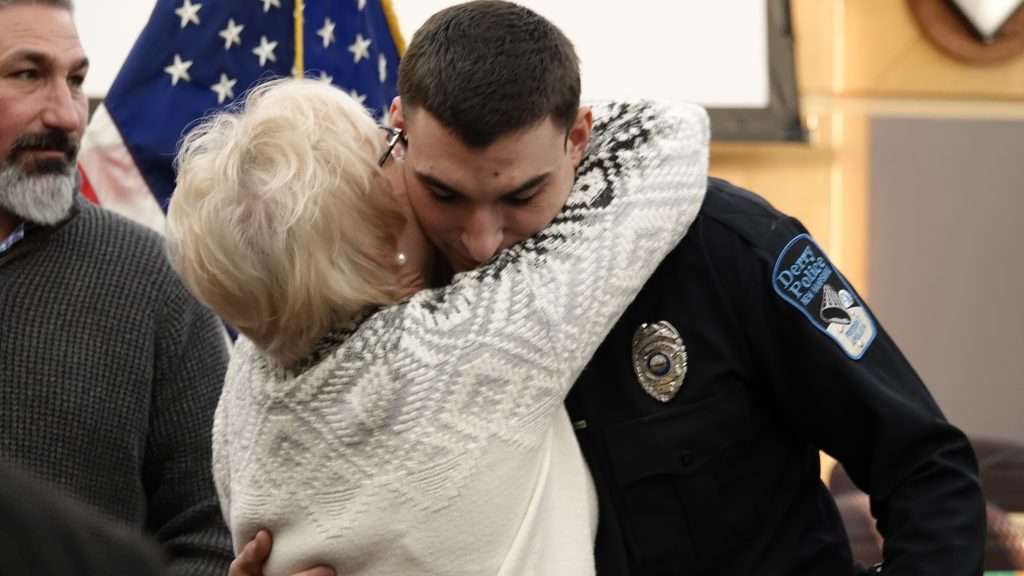 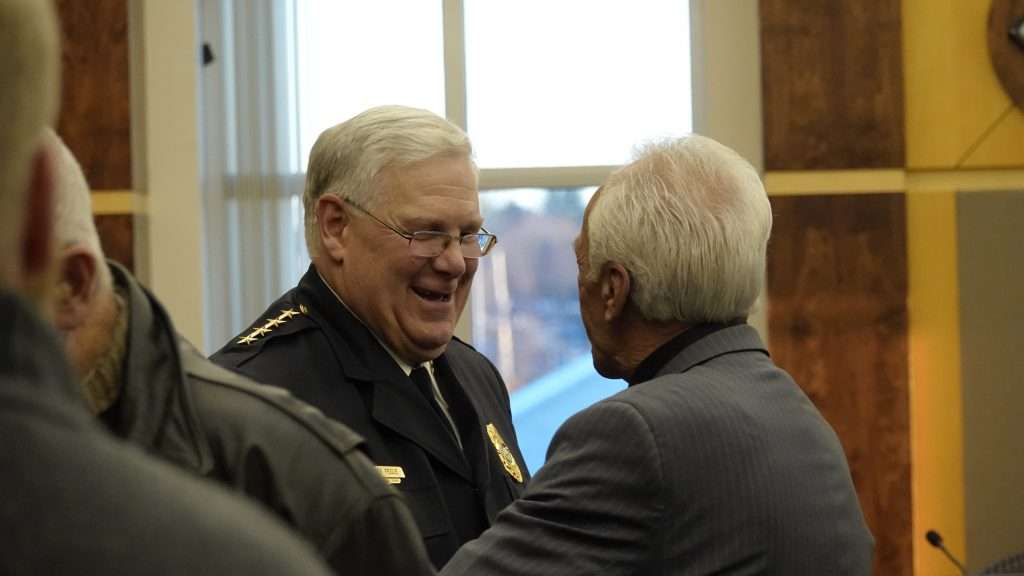 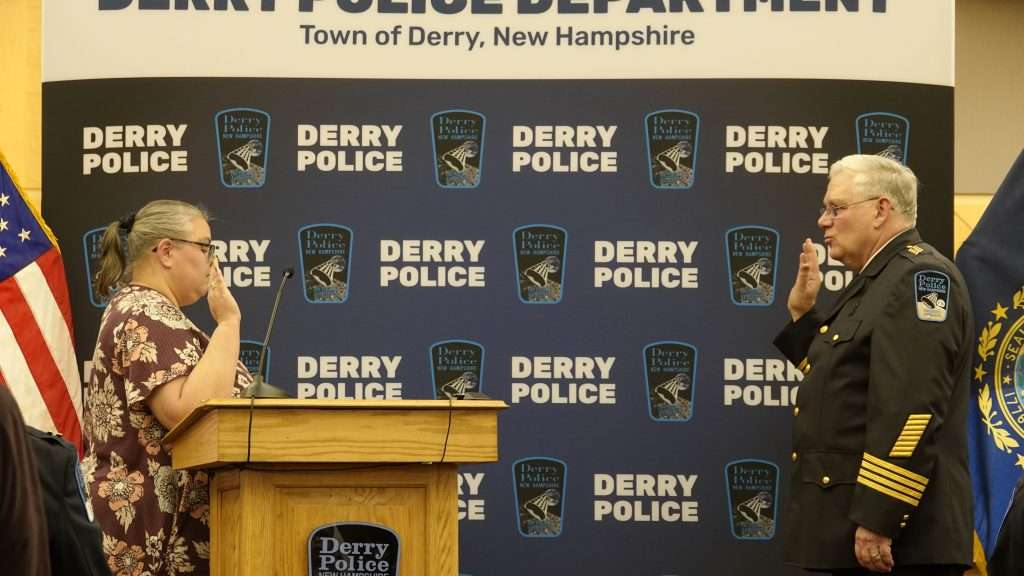 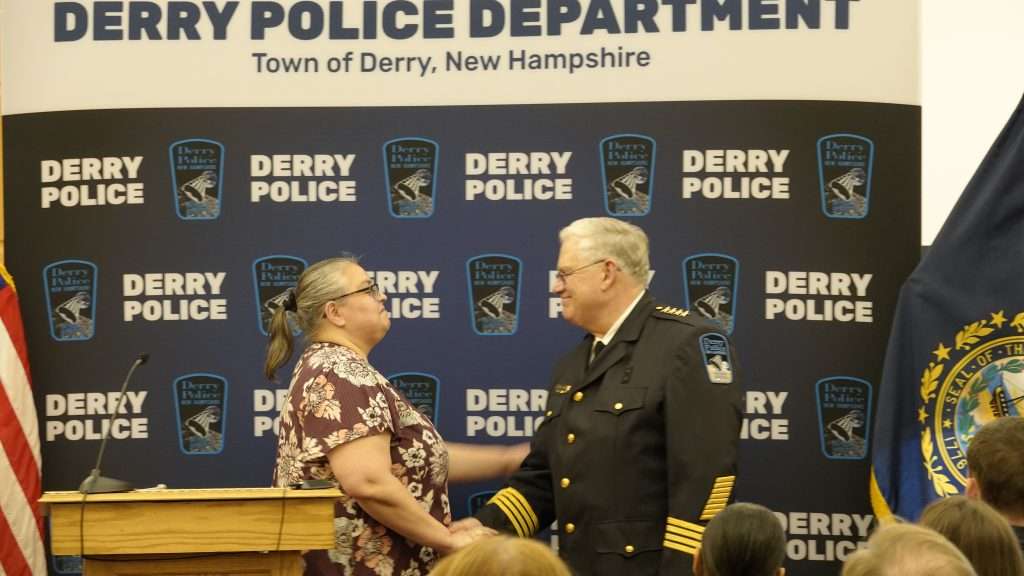 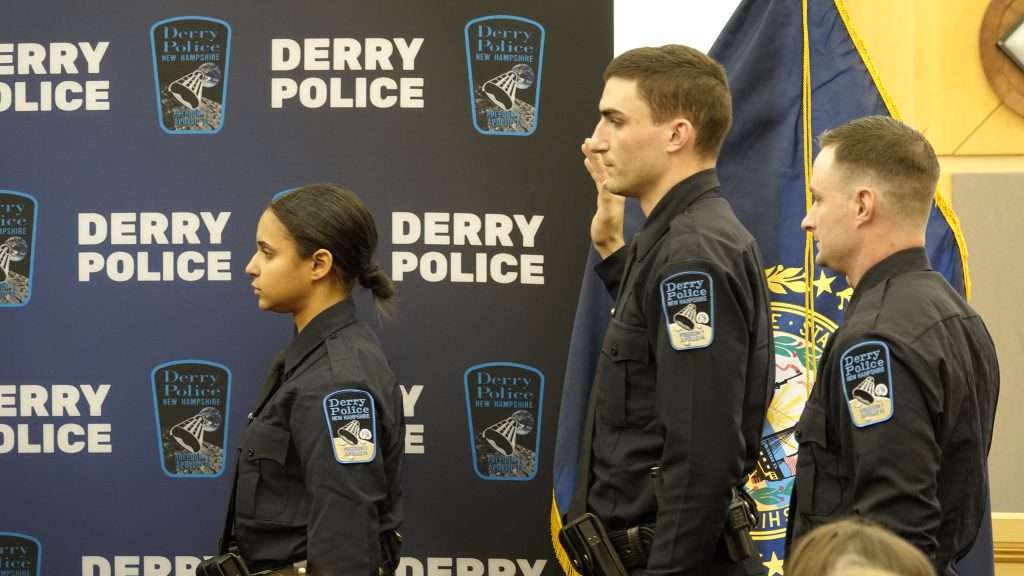