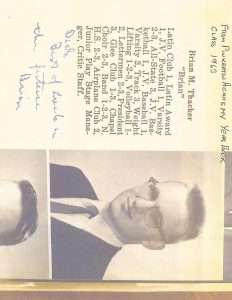 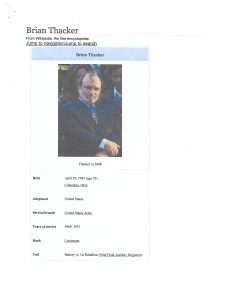 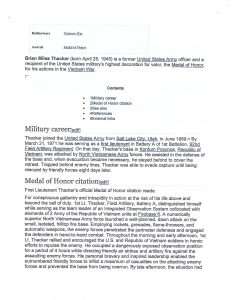 Once a Hero, always a Hero.

Mr. Brian Thacker was a 1st Lieutenant in the Vietnam War. His bravery, along with his inspiring actions earned him the Medal of Honor.

One Night, Thacker and the men he was leading fell under vicious attack by a group of Vietnamese soldiers. The enemy had “rockets, grenades, flamethrowers, and automatic weapons”, and Lieutenant Thacker stayed behind to cover the retreat of his men. He occupied the enemy forces, allowing his comrades to escape to safety. He had evaded capture for eight days before he was rescued by U.S. forces.

It’s no wonder why this man deserves the Medal of Honor he was awarded.

Please join us at DerryCAM, along with the American Legion Post 9, the Post 1617 VFW, and the Halcyon Club at the rail trail near downtown on Saturday November 14th at 1PM to pay tribute to a living American hero with roots in Derry.